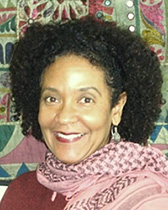 D. Soyini Madison focuses on the intersections of local activism, the political economy of human rights, and indigenous performance tactics. Her latest book, Acts of Activism: Human Rights and Radical Performance, is based on how local activists in Ghana, West Africa employ modes of performance, as tactical interventions, in their day-to-day struggles for women’s rights, water democracy, and economic justice. Madison is interested in how applying a performance analytic, to local and public acts of activism, generates a poetics of understanding and an embodied epistemology concerning how activism is constituted, its dimensions of imagination and creativity, and its rhetoric and politics.

In Madison’s research and applied work on indigenous activism in South-Saharan Africa, she also teaches and writes extensively on “critical performance ethnography.”   By combining conventional ethnography with performance theory as well as an explicitly critical and rhetorical purpose, Madison translates and directs her ethnographic data for the public stage. It is through the public staging of ethnographic data where principles of advocacy, publicity, and ethics are further examined in her published work. Madison’s staged work includes: I Have My Story to Tell, a performance reflecting the oral histories of University of Carolina laborers and service workers; Mandela, the Land, and the People, a performance based on the life and work of Nelson Mandela; Is It a Human Being or A Girl? a performance ethnography on traditional religion, modernity, and a political economy women’s poverty; and, Water Rites a multi-media performance on the privatization of public water and the struggle for clean and accessible water as a human right.

1994 The Woman That I Am: Literature and Culture of Contemporary Women of Color. St. Martin’s Press.

2006 “The Particularity of The Dialogic Performative,” Text and Performance Quarterly. Routledge

2005 “My Desire is for the Poor to Speak Well of Me,” Remembering: Performance and Oral History. Ed. D. Pollock. Palgrave/Macmillian.

2000 “Oedipus Rex at Eve’s Bayou or The Little Black Girl Who Left Sigmond Freud in the Swamp,” Journal of Cultural Studies. Routledge

2004 "In Ghana" Staged narratives on the memories and legacy of Kwame Nkrumah.  Performed in Ghana, WEst Africa at the Kwame Nkrumah African Studies Outdoor Theatre and at the University of Ghana.

2002-2000 “Is It A Human Being or A Girl?” Staged local debates on traditional religious practices relative to women’s rights and political economy of poverty. The University of Ghana, Legon and the W.E.B. Dubois Outdoor Theatre in Accra, Summer 2000 and University of North Carolina at Chapel Hill, Studio Six in 2002.

2010 “Acts of Activism and Radical Performance” Performance in Action Series, University of Texas at College Station.

2010 “The Obama Factor and Crazy Patriotism,” Qualitative Research in the Age of Obama, University of Illinois at Urbana.

2007 “The White Girl Upstairs or Why Ethnography Matters,” Qualitative Inquiry in the Caribbean: Past, Present, and Future, University of West Indies, Mona-Kingston Jamaica.