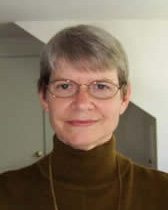 Bledsoe’s studies have centered on cultural visions of reproduction and the lifecourse in West Africa and beyond.  Specific themes have included marriage, fertility, child fosterage, health, contraception, aging, obstetrics, and migration.  Several West African studies have been followed by U.S. and European counterparts.

Conceptually, the work has examined forms of ideation, regulation, and quantitative calculus as ethnographic terrain.  It asks, among other things, (a) the politics of knowledge and the law, and (b) how formal perspectives usually attributed to demography, economics, and medicine can be combined with the softer social sciences to probe the dynamics that shape life events and to derive insights into the mutual cultural construction of nature and science.

Following work on marriage in Liberia, child fosterage in Sierra Leone, adolescent fertility in Sub-Saharan Africa, and marriage and male fertility internationally, Bledsoe’s most formative project 1992-5 turned to the dynamics of child spacing, contraception, marriage, and aging in rural Gambia (collaborations:  Harvard School of Public Health, the Gambian Ministry of Health, and the Gambian Central Statistics Department). The resulting book: Contingent Lives: Fertility, Time, and Aging in West Africa, 2002 (University of Chicago Press; contributions by Fatoumatta Banja). This work confronted Western views of the life course and its accompanying socialities, which equate aging with the passage of linear time, with a West African model that explicitly inverts this view, seeing aging as itself contingent on the cumulative effects of “wearing” ordeals:  for women, especially those encountered in obstetric trauma.  Inspired by the findings in this project, several sebsequent analyses have centered on how contraceptive use in the contemporary US has been framed culturally.

The key followup project to the study in The Gambia (“Through African eyes: obstetric practice and the reproductive body in Western medical history”), turned to technical writings in Western obstetrics, especially those by Chicago physician Joseph B. De Lee, who began an obstetrics practice in working class/immigrant Chicago at the turn of the 20th century, eventually becoming known as one of the two principal founders of obstetrics as a medical specialty in America. Using historical as well as contemporary materials (textbooks, archival materials, hospital and landscape architecture, cinematography, popular media), the project has exploited the cultural and historical perspective provided by the earlier African work to examine the mutual cultural construction of nature and science through the lenses of professional obstetric practice.

Drawing on these themes as well as on more classical African subjects of marriage and child fosterage, a project called, “Transnational vital events: birth, law, and migration between Africa and Europe,” began in 2004 and continues in various forms.  It has asked how people distribute their key life moments -- birth, marriage, aging, movement -- across international boundaries, as legal and humanitarian rights to work and live in Europe, as well as the definition of Europe itself, shift dramatically.  Key collaborators have been those from the Max Planck Institute for Demographic Research in Rostock Germany, Stockholm University, the Universität Autonoma de Barcelona, the Free University of Berlin, and the University of Bonn.

Turning a similar lens to the US, C. Bledsoe and P. Sow examined the counterintuitive phenomenon of West African parents living in North America who send their older children back home to live:  that is, from places of high immigrant aspiration to those of hardship and privation. It concluded that West African immigrants, fearing the potential legal consequences of children’s indiscipline in the West, where generic suspicions directed at teens of color can undermine the security of their entire family, may send unruly children back to what is seen as a more disciplined life in the home country, to toughen their resilience to the challenges in the new place and wait for the age-specific legal risks it poses to dissipate.

1990    "Transformations in sub-Saharan African marriage and fertility." Special issue of The Annals of the American Academy of Political and Social Science. Sam Preston, ed. Pp. 510:115-25.

1990    "The politics of AIDS and condoms for stable heterosexual relations in Africa: recent evidence from the local print media." Births and Power: the Politics of Reproduction. W.P. Handwerker, ed. Boulder, Colorado: Westview Press. Pp. 197-223. Condensed version in Disasters: the Journal of Disaster Studies and Management 15(1):1-11, 1991.