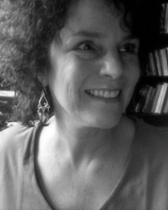 Micaela di Leonardo is a cultural anthropologist and interdisciplinary scholar with broad interests in social and economic inequality, whether by class, race, gender or sexuality—and the analysis of public spheres and counterpublics rationalizing or protesting those inequalities. Her primary geographic focus is American urban life, but she also works on global political economy. Her most recent book projects reflect these interrelated interests.  Her Black Radio/Black Resistance: The Life&Times of the Tom Joyner Morning Show, which appeared in summer 2019 with Oxford University Press, is a 14-year study of an under-appreciated, quarter-century old syndicated drive-time show with an 8+ million largely adult working-class audience, progressive politics, fabulous soul music, and wicked humor. di Leonardo locates the show in US/African American political and media history, lays out its shifts over time, and documents its political activism and philanthropic projects. Of particular interest is the “Trumpocalypse” chapter, which follows the TJMS crew and audience as they deal angrily with the 2016 presidential campaign and its disastrous results.

In 2018-19, di Leonardo was a Kaplan Faculty Fellow at the Humanities Center, working on New Haven State of Mind, her 30-year ethnographic, political-economic, and public cultural study of that Connecticut city. She will finish that project for the University of Chicago Press in 2019-20.

di Leonardo’s previous publications include two sole-author books, Exotics at Home: Anthropologies, Others, American Modernity (Chicago, 1998))—an account of the intersections of American anthropology and American popular political culture over the 20th century--and The Varieties of Ethnic Experience: Kinship, Class, and Gender Among California Italian-Americans (Cornell, 1984))—an historical, feminist, cross-class ethnography of Italian-Americans in California. She has also published three anthologies, Gender at the Crossroads of Knowledge: Feminist Anthropology in the Postmodern Era (California, 1991), The Gender/Sexuality Reader (Routledge, 1997) (co-edited with Roger Lancaster), and New Landscapes of Inequality: Neoliberalism and the Erosion of Democracy in America (SAR press, 2008) (co-edited with Jane Collins and Brett Williams). She has also written extensively for The Nation, The Village Voice, and The Chronicle of Higher Education, among other publications.

di Leonardo has received many external awards and fellowships, including from the National Institutes of Child Health and Human Development (1981-83), the Wenner-Gren Foundation (1985-6), The National Endowment for the Humanities (1994), the School for Advanced Research (2005-06), and the American Council of Learned Societies (2013-14). She has received internal grants from both Yale University--(Senior Faculty Fellowship, Whitney Humanities Center (1987-88)--and Northwestern (Senior Faculty Fellowship, Kaplan Center for the Humanities (1996-97, 2018-19),  (Faculty Fellowship at the Institute for Policy Studies (2009-12). She was awarded the AAA Anthropology in the Media Award in 1996, American Ethnological Society Honorable Mention for the Best Senior Book, 1998, and the Distinguished Achievement in the Critical Study of North America from SANA (the Society for Anthropology of North America) in 2005. She has served on the editorial boards of Feminist Studies (1981-1990), American Anthropologist, Identities, Critique of Anthropology, and Social Archaeology; was a member of the AAA 2015 Annual Meeting Executive Committee; and has served multiple years on the evaluator panels for Wenner-Gren and ACLS. She has been a member of the editorial board of The American Ethnologist since 2011. di Leonardo is currently serving a second term as Faculty Senator for Anthropology, and serves on the Faculty Senate Committee on Faculty Rights and Responsibilities.

2016 “Partyin with a Purpose: Black Respectability Politics and the Tom Joyner Morning Show,” SOULS: A Critical Journal of Black Politics, Culture, and Society. 18:2-4, 358-378.

2009 “Whose Homeland?: The New Imperialism, Neoliberalism, and the American Public Sphere,” in Jeff Maskovsky and Ida Susser, eds., Rethinking America: The Imperial Homeland in the 21st Century (Paradigm Press).

2006 “Force of a Thousand Nightmares: Global Inequality and the American Scene,” special issue, co-edited and with an introduction with Jeff Maskovsky, Identities, vol 3, no 1.

2006 “Anthropology’s Past and Present in American Media,” Anthropology Newsletter, February.

2003 “Margaret Mead and the Culture of Forgetting in Anthropology: A Response to Paul Roscoe, “American Anthropologist 105 (3): September, pp.592-95.

2002 “Culture” for The Short List: Disciplinary Misconceptions, The Chronicle of Higher Education, July 12, 2002.

2000 “Margaret Mead vs. Tony Soprano: Feminist Anthropology Fights for Public Voice in the New Millennium,” The Nation, May 21.

We're still here for you. Our office is open with limited hours and remote help is available.