The Northwestern Anthropology Graduate Student Association (est. 2012) is a student-run group that holds quarterly meetings for all anthropology graduate students, hosts occasional workshops and other events, and provides mentorship and orientation for new students. AGSA liaison committee members, elected yearly, coordinate activities and meet with faculty members on issues of interest to graduate students. The liaison committee can be reached at agsa.northwestern@gmail.com.

ashleyagbasoga2021@u.northwestern.edu
Research Content: Ashley’s dissertation illuminates how women who identify as Black and Black-Indigenous engage in placemaking practices that reveal and unsettle notions of race, place, and modern state formation in Mexico. Merging ethnographic and archival research conducted from 2016 to 2020, Ashley's research demonstrates how Black-Indigenous placemaking practices create two (of possibly many) critical ruptures: first, in the (re)production of the bifurcation of blackness and indigeneity, and second, the Mexican state and the racialization of its territory as mestizo. These ruptures generate space to think about alternative possibilities for Black-Indigenous communities throughout the Americas.

SofyanAnsori2022@u.northwestern.edu
Research Content: Sofyan's research examines the governance of forest fires in Indonesia, particularly to the way environmental interventions are embraced, lived, and/or contested by both local people and state actors.

AustinBryan2025@u.northwestern.edu
Research Content: Austin’s current research focuses on the anthropology and history of contemporary Uganda with specific focus on the criminalization, regulation, and advancement of certain sexual and gender identities. In his work with activists at Sexual Minorities Uganda, he has observed that although homosexuality is understood as criminalized by the international community and as an exceptional case of human rights abuse because of the notorious 2014 Anti-Homosexuality Bill, many activists refute both claims on meticulous grounds. Drawing from human rights case documentation, he has found those who are disproportionately arrested, harassed, and tortured by state and non-state actors, identify not as homosexual but as transgender or having experienced violence based on their gender transgressions. The semantic drift of colonial law coupled with new meanings attached to contemporary bills regularly introduced in the Parliament of Uganda, requires sexual and gender minorities, along with the professionalizing activists who make claims of representation, to craft specific performances to get by, make life livable, and establish lives of value in the global market. Austin’s research interests range more broadly from gender and sexuality to the anthropology of law, race, performativity, identity and membership, development and humanitarianism, popular culture, and digital anthropology. His research has appeared in the Journal of Eastern African Studies (https://www.tandfonline.com/doi/abs/10.1080/17531055.2018.1547258) and more work can be found here: austindbryan.com. Twitter: @austindbryan

KyleCraig2023@u.northwestern.edu
Research Content: Kyle's research explores the burgeoning graffiti and street art scene in urban Jordan, within which youth are attempting to create spaces of visibility and leisure against the backdrop of neoliberal urban transformation and refugee migrations. He examines a broad range of sites such as DIY art galleries, state and corporate-sponsored public arts festivals, and Palestinian refugee camp-cities in order to elucidate how creative production in these sites responds to ongoing social and spatial inequalities.

seymakabaoglu@u.northwestern.edu
Research Content: Seyma is a cultural anthropologist-in-training who explores the everyday life of Islamic banking and finance in the Middle East, with a specific focus on participation banking industry in Turkey. Her broader research interests include alternative economies, government-financial market relations, religion, law and moralities of exchange.

AndrewKim2022@u.northwestern.edu
Research Content: Andrew (Andy) Wooyoung Kim is a doctoral candidate in biological anthropology at Northwestern University in Chicago, USA, an Honorary Associate Researcher at the Faculty of Health Sciences at Wits, and a Fogarty Global Health Fellow with the Harvard T. H. Chan School of Public Health University and the National Institutes of Health. His research largely centers on the biological and social mechanisms that produce health disparities across cultural contexts and public health solutions to promote health equity in post-colonial contexts. His current dissertation research explores the biological and cultural mechanisms by which intergenerational trauma shapes stress biology, mental health, and subjectivity in “post-apartheid” South Africa. His research has been published in Scientific Reports, Transcultural Psychiatry, and Social Science & Medicine and is currently being supported by the National Science Foundation, Wenner-Gren Foundation, and the National Institutes of Health. Prior to his graduate studies, he worked as a policy analyst focusing on anti-poverty and immigration issues in Washington, DC.

ritakuma2021@u.northwestern.edu
Research Content: Dela Kuma is a doctoral candidate in archaeology. Her research broadly investigates thepositionality of Africans and their embodied practices in global encounters. Dela’sdissertation examines how local notions of taste shaped the reception and consumption ofnew goods in the wake of the nineteenth century 'legitimate' trade in southeastern Ghana.

MelissaManus2023@u.northwestern.edu
Research Content: Melissa's research explores the human microbiome in the context of ecology, evolution, and health. She is interested in the social transmission of beneficial microbes in infancy, and how behavioral and lifestyle variation may contribute to differential infant microbial colonization, impacting disparities in health outcomes that are influenced by the microbiome. You can read more about Melissa's research here: https://scholar.google.com/citations?user=G3sQ_V0AAAAJ&hl=en&oi=ao 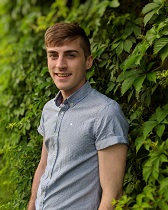 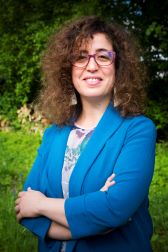 houbou@u.northwestern.edu
Research Content: Hafsa’s dissertation explores how teachers of Islam in the Belgian public schools respond to the recent education reforms, especially after the 2016 Brussels attacks, rendering religion classes in public education optional for the first time since the School Pact of 1958. She engages more broadly with questions of religion, education, secularity, state neutrality, diaspora, gender, race, and Islam in Europe. 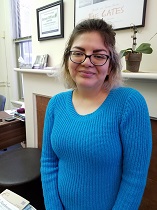 Research Content: The focus of Ashish’s research is on the issues of risk, stigma, and care associated with substance use during pregnancy. He has additional interests in the sociopolitical afterlives of biomedical studies, particularly randomized controlled trials. 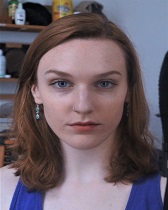 HaleyRagsdale2023@u.northwestern.edu
Research Content: Haley’s research explores the evolution of pregnancy and the placenta in humans. She is primarily interested in investigating how mother, placenta, and offspring negotiate energetic investment, resource exchange, and immune tolerance in different environmental contexts. In addition, she uses an evolutionary, biological anthropology lens to explore why humans are prone to common pregnancy disorders. For more information: https://haleyrags.wixsite.com/research

DanielaRaillard2024@u.northwestern.edu
Research Content: Daniela’s research focuses on the Chachapoya past through the everyday interactions between people and sacred places in the Northeastern Andes of Perú. She conducts a collaborative and community-engaged landscape archaeology, using tools like GIS technologies and 3D aerial drone photogrammetry to examine the multiscalar human-environment relationships situated in the materiality of above-ground mortuary structures. To learn more about Daniela’s work, check out one of her public engagement platforms at https://www.facebook.com/ArqLeyme/

FebiRamadhan2025@u.northwestern.edu
Research Content:   Febi’s research focuses on the entanglement of scientific discourses, legal narratives, and religious worldviews in the making of gender and sexual norms, laws, and customs in Indonesia. He is supported by the Arryman Scholars Initiative with funding from the Indonesian Scholarship and Research Support Foundation. 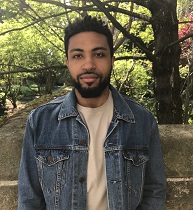 SariRatri2015@u.northwestern.edu
Research Content: Sari’s reserach interest examines governmental intervention regarding child growth stunting and the knowledge-production embedded in that process, in East Nusa Tenggara, Indonesia. Her project intends to examine registration and record-keeping responsibilities assigned to local health workers apart from their already underpaid therapeutic work. Through this project, she is particularly interested to understand how dominant cultural ideas about health are conveyed when people talk about and reinterpret quantitative evidence collected from counting birth and death events. She receives funding from the Arrymans Fellows and Scholars, ISRSF Jakarta, as well as the Indonesian Endowment Fund for Education (LPDP), the Ministry of Finance, Indonesia.

SophieReilly2024@u.northwestern.edu
Research Content: Sophie is an archaeologist who employs paleoethnobotanical techniques (study of plant remains) to study ancient foodways. Her dissertation research is focused in the Chachapoyas region of northern Perú from the 14th to the 17th century. Sophie studies food as a way to learn about the everyday lives of the Chachapoyas people during the periods of Inka and Spanish imperialism. She is particularly interested in the ways that imperialism changes people’s access to particular foods and how people develop strategies of resilience in response to imperial structures. Sophie holds a master’s degree from McMaster University, where she studied the consumption of maize and a variety of tuber species in the Middle Horizon (500-1000AD) Lake Titicaca Basin of highland Bolivia; and an undergraduate degree from McGill University. You can follow her on twitter @reillydigs

CPR@u.northwestern.edu
Research Content: Calen’s work integrates bioinformatic analyses of high-throughput genetic and epigenetic data with longitudinal population studies to understand the biological impacts of reproduction and the long-term health effects of early life environments. You can find out more about his research through his GoogleScholar page (https://scholar.google.com/citations?user=syQoKggAAAAJ&hl=en), or by following him on Twitter (@CalenRyan).

AaronSchoenfeldt2024@u.northwestern.edu
Research Content: Aaron’s research examines the discursive and spatial processes that aim to rebrand Tulsa, Oklahoma into a cool, inclusive 21st century city. Moreover, he is interested in how this process of reimaging Tulsa intersects with the city’s past history of racial violence and unequal present.

EmilySchwalbe2024@u.northwestern.edu
Research Content: Emily is an archaeology student whose research interests include maritimity and everyday life, hydrosociality, human-environment relationships, and historical archaeology of the Southeastern US and Caribbean. Her dissertation focuses on recreating the submerged infrastructure of South Carolina Lowcountry plantation waterfronts to better understand landscapes of production, control, and communication in the colonial though antebellum periods.

AnuranjanSethi2024@u.northwestern.edu
Research Content: Anu is broadly interested in the conflicts at the intersections of law, technology, and governance of the Indian economy. His research focuses on the transmutations of global capital as it negotiates the dichotomy of ‘formal’ and ‘informal’ economies in the post-liberalization India. His current project is to understand the political economy dimensions of the Indian government's attempts to promote ‘new money technologies’ as a tool to tackle the problem of the black-money economy.

AtmaezerSimanjuntak2025@u.northwestern.edu
Research Content: Ara’s research interest explores the link between the political economy of agrarian change, labor regimes (re)production, and religious change among smallholder farmers in palm oil plantation areas in West Kalimantan, Indonesia. His current project focuses on farmers’ aporetic experience of capitalistic palm oil production and their subjugation to a world dominated by spirited objects they themselves have created. Through this project, he hopes to better understand how palm oil farmers negotiate their daily life under an oppressing and mystifying plantation labor regime. Ara receives funding from the Arryman Scholars program, ISRSF Jakarta, as well as support from the Indonesian Endowment Fund for Education (LPDP) from Indonesia’s Ministry of Finance. You can find out more about his research through his GoogleScholar page https://scholar.google.com/citations?hl=en&user=itX-NlAAAAAJ

P9V9O7@u.northwestern.edu
Research Content: Mariam in interested in the gendered dimensions of territory, and how they articulate through language and mobility.

KeeganTerek2016@u.northwestern.edu
Research Content: Keegan is broadly interested in how, through processes of migration, forms of language and other socially meaningful behavior become linked to figures of personhood, especially those differentiated in terms of gender and sexuality. Along these lines, his dissertation project investigates how sexual orientation and gender identity refugees living in Amman, Jordan, use stylized forms of speech and self-presentation to navigate both institutionalized asylum procedures and the precariousness of their everyday lives.

JinXiong2023@u.northwestern.edu
Research Content: Jin Xiong (aka Portia) is a student of the PhD/JD joint program at Northwestern University. As a sociocultural anthropologist, she has broad interest in areas including im/mobilities, family, childhood, development, gender, sexuality, feminism, medical anthropology and anthropology of law. Specifically, her doctoral project looks at how im/mobilities shape and reshape rising China's childhood and family through the lens of the lived experiences of rural Liushou Ertong (Left-behind Children) in central China, and how global legal discourses such as human rights and children's rights unfold in poorly resourced rural communities. For her, anthropology and law are Yin and Yang (united opposites) in the sense that the former pushes people to explore the complexities of human life while the latter requires the art of "less is more".