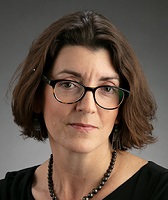 Mónica Russel y Rodríguez is an Adjunct Distinguished Senior Lecturer in Anthropology and in Latina and Latino Studies. She earned her bachelor's degree in anthropology at Yale University and a doctorate in cultural anthropology at UCLA. At Northwestern she has served as Assistant Provost for Diversity and Inclusion, Associate Dean for Teaching-Track and Visiting Faculty in Weinberg College of Arts and Sciences, as Weinberg faculty adviser, and as Interim Director of the Latina and Latino Studies Program.

Dr. Russel y Rodríguez is an ethnographer with broad disciplinary interests that include Anthropology, Latinx Studies, Ethnic Studies, and Gender Studies. She works primarily with US Latinx populations and larger questions of representation of Latinxs in academe, public policy, and the media. Her interests are gender, sexuality, race and class in Latina/o communities.  Her publications focus on Chicana feminist theory, theories and methods of ethnography, and questions of race and mixed race in Chicana/o communities. Her activism has centrally involved women's health and reproductive rights, particularly for under-served and undocumented Latinas.

She is recipient of fellowships from the Ford Foundation and the Danforth Foundation, she has mentored faculty for the Woodrow Wilson Fellowship and she has received research funding from several associations including the National Science Foundation and UCMexus.

2000   “Mexicanas and Mongrels: Policies of Hybridity, Gender and Nation in the US-Mexican War.” Latino Studies Journal 11(3).

1997    "(En)Countering Domestic Violence,Complicity, and Definitions of Chicana Womanhood."  Voces: A Journal of Chicana/Latina Studies 2(1).  Reprinted 2000 Journal of Latino/a Research and Policy. University of Colorado at Denver.