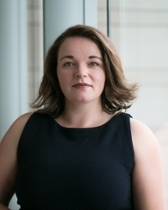 Sullivan’s current research explores international clinical volunteerism in the global South. Explored empirically in Tanzania across five fields seasons since 2011, including over 1600 hours of observations of international volunteer-Tanzanias interactions in health facilities, the project examines how the for-profit voluntourism industry maps onto the under-resourced health system in Tanzania, and to what effect for international volunteers, Tanzanian health professionals, patients, and the institutions more broadly. Supplementing the Tanzanian cases with wider discourses and practices of for-profit international voluntourism in health facilities found online, the results of this study are being developed into a book manuscript, tentatitively titled Within the Gaps of Global Health: International Clinical Volunteering in Tanzania.

Her next project examines the U.S. health sector, and in particular the economic, environmental, microbial, administrative, and institutional effects of the turn towards disposable and limited-use medical implements. It investigates how notions of sterility and efficiency inform the logics by which health practitioners and administrators do their daily work, and implications of these practices for patients and microbes alike.

Her previous research was a longitudinal ethnographic investigation of Tanzanian health institutions in transition in the wake of health sector reform and externally-funded global health interventions, primarily for HIV/AIDS, malaria, and reproductive health. It traces the ways that public health facilities in Tanzania have adopted, absorbed, and creatively engaged with the constraints and opportunities presented by donor-funded and government-prioritized initiatives over the past twenty years. With the Tanzanian government encouraging local institutions to establish public private partnerships, or PPPs, this research extends Sullivan’s original 11 month dissertation research to determine how institutions attempt to create PPPs and their own, institutionally-owned private businesses, in order to tackle pressing infrastructural and capacity shortages in the absence of government and donor support. This study of remaking of public health sectors through market logics and global health intervention provides important insights about the broader impacts of scarcity, narrow health targets, and even narrower budgets on opportunities and constraints that health sectors face in Tanzania, and beyond.

Volunteerism and the Need to Help

2018 Sullivan, Noelle. “HIV’s Ancient ‘Cousin’ is Ravaging Australia and Could Spread Worldwide.” The Hill, May 8th.

2017 Sullivan, Noelle. “Neoliberalism is Killing Us: Economic Stress as a Driver of Global Depression and Suicide.” Truthout. April 2nd.

2017 Sullivan, Noelle. “Telling the Anti-Vaccine Community They’re Wrong has been Tried for Years Now, and it Doesn’t Work—Here’s Another Approach.” AlterNet, March 14th.

2016 Sullivan, Noelle. “Why is Healthcare so Expensive in the United States?” The Hill. Dec. 6th.