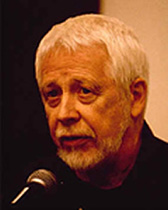 William Irons did his is doctoral research on the Yomut Turkmen, a group of pastoral nomads in northern Iran.  He later returned to Iran for two more studies of the Yomut.  The last study was an extensive demographic and economic survey which provided data very useful for evolutionary analysis.

In 1976, he and Napoleon Chagnon organized a set of symposia on the use of behavioral ecology in anthropology for the 1976 annual meeting of the American Anthropological Association.  These symposia led to the publication, in 1979, of a volume edited by Chagnon and Irons entitled Evolutionary Biology and Human Social Behavior: An Anthropological Perspective.  This volume presented much of the earliest work in anthropology designed to evaluate evolutionary theories of behavior and culture.

Since that date, Irons has continued to do research and publish on the use of evolutionary theory in anthropology, and recently a new set of symposia were organized at the 1996 annual meeting of the American Anthropological Association to show case progress over the twenty years since the first set of symposia in 1976.  This led to a new edited volume, Adaptation and Human Behavior, edited by Lee Cronk, Napoleon Chagnon, and William Irons.  This new volume commemorates the first volume and clarifies the progress make in what is now usually called behavioral ecological research in anthropology.

Since 1983, Irons has been Professor of Anthropology at Northwestern University.  Starting in 1991 he published a number of theoretical papers on the evolutionary foundation of morality and religion.