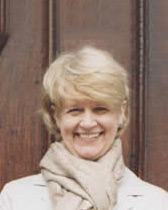 Helen B. Schwartzman is a psychological anthropologist who specializes in the study of childhood development and play and the anthropology of work and organizations. As an Americanist, she is drawn to the study of everyday activities that have been neglected by researchers and taken for granted by participants. This has led to studies examining how children construct play worlds for themselves, the role of meetings in organizations and communities, storytelling in work settings, and, most recently, moral panics about the introduction of new media (specifically the internet) to children in the United States.

Her publications include Transformations:  The Anthropology of Children's Play (University of Chicago Folklore Prize, Second Prize), The Meeting: Gatherings in Organizations and Communities, Ethnography in Organizations (now in its 6th printing), and Children and  Anthropology: Perspectives for the 21st Century.

She has served as Chair of the Department of Anthropology (2000-2003). Helen Schwartzman is the recipient of grants/fellowships from the Spencer Foundation, National Research Council, Ford Foundation, National Institute for Mental Health (Institutional Training Grant), NU Center for Urban Affairs and Policy Research and the Illinois Department of Mental Health. She has served as Editor of the Special Publications-Professional Series of the American Anthropological Association, Deputy Editor for Anthropology for the Journal of Contemporary Ethnography  and as a member of the Editorial Board of the journal Play and Culture. She is currently on the Editorial Board for the journal Culture and Organizations.

Her most recent project is a “reflection” on the ways that anthropologists use the imagery of “the mirror” to portray the goals of the discipline as well as to theorize about specific aspects of society and culture.

The Changing Shape of Play: Historical and Cultural Perspectives on Children’s Play. To appear in The Chicago Companion to the Child, R. A. Shweder, ed., Chicago: University of Chicago Press. In preparation.

The Significance of Meetings in an American Mental Health Center. To be reprinted in The Anthropology of Organizations, A. C. Jiminez, ed., Hampshire, UK: Ashgate Press. To appear August 2007. This article was originally published in 1987 in the American Ethnologist 14: 271-294

Once Upon a Time in a Meeting: Narrating the Organization. Invited paper to be presented at the Department of Anthropology, DePaul University, November 6, 2006 in the Series “The Anthropological Life.”

Research in the Context of a Moral Panic: Ethnographic Perspectives on  Children in Cyberspace. Invited paper presented at the Rutgers Center for Historical Analysis, “The Gendering of Children” Seminar Series, April 12, 2005.

The Anthropology of Childhood. Invited paper for panel “The Political Economy of Children and Adolescents” presented at the American Anthropological Association Annual Meeting, November, 2003, Chicago, Illinois

Introduction: Questions and Challenges for a 21st Century Anthropology of Children. 2001. In Children and Anthropology: Perspectives for the 21st Century, H. B. Schwartzman, ed., Westport, CT: Bergin and Garvey,  pp.1-13.