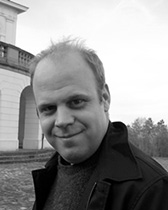 Mark is archaeologist who specializes in materiality, slavery inequality. These key themes intersect in the seventeenth, eighteenth and nineteenth centuries Atlantic and Indian Oceans and form a foundation his research on the African Diaspora and Colonial Contexts. As an archaeologist who studies how people adapt to landscapes of inequality and contribute to those landscapes in material ways he employs ethnohistorical, archaeological, and approaches. His current fieldwork is based in the Eastern Caribbean and has focused on two communities in Dominica- Portsmouth Soufriere. He also has research interests in 18th century Southern India and 19th century North America.

He completed his  at Syracuse University in 2001. Research conducted for this dissertation formed the nucleus of his book An Archaeology of Black Markets.  In this I explore the ways in which everyday internal and informal trade circumvented plantation boundaries and show how the economic activities of free and enslaved peoples shaped everyday life and the material world.  It was the first systematic study of pottery made and used by slaves to use compositional analysis to understand both production and distribution networks of slaves.

His second book manuscript, based on research in Dominica, is tentatively entitled, "Mapping Water on Nature's Island: Archaeologies of Enslavement and Environment in Dominica (1720-1840)".  This book is based on ten years of archaeological and historial research conducted with the aid of the National Science Foundation and the Wenner-Gren Foundation.  It compares the community histories and social lives of enslaved laborers on two eighteenth century sugar plantations in Dominica.  In this book he maps the changing boundaries of nature and culture during the apogee of the Atlantic Slave Trade.  He uses mapping here in both figurative and literal ways.  On the one hand he'maps' the distance between colonizing discourses and everyday practice to reveal the predicaments brought about by changes in the land.  He also physically maps objects, landscapes features, and eye witness testimony to reveal how enslaved labaorers resolved these predicaments.

Mark's new research examines how the Indian and Atlantic Oceans were connected in the early modern period through the lens of Danish colonialism.  This work builds on his early archaeological research in the Danish West Indies.  With the aid of the American Institute of Indian Studies, Mark has begun a regional landscape survey in the former Danish colonial enclave of Tranquebar in Tamil Nadu, India.

2013 “Teaching with Digital Archaeological Data: A Research Archive in the University Classroom” Journal of Archaeological Method and Theory July 16, 2012

2012 “Archaeology of Not Being Governed:  A Counterpoint to a History of Settlement of Two Colonies in the Eastern Caribbean.” Journal of Social Archaeology 12(3).