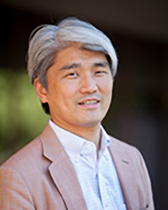 Hirokazu Miyazaki was born in Tokyo and was originally trained in anthropology in Japan and at the Australian National University, where he earned a Ph.D. as a specialist of Fiji and the Pacific Islands. Miyazaki subsequently contributed to the formation of the interdisciplinary field of the social studies of finance. His current research focuses on the history of citizen diplomacy for peace and a world without nuclear weapons. In February 2018, Miyazaki was appointed by Mayor Tomihisa Taue of Nagasaki as a Peace Correspondent for Nagasaki. Miyazaki also serves as Professor (Special Appointment) in the International Peace and Co-existence Program of the Graduate School of Humanities and Social Sciences at Hiroshima University.

Miyazaki’s research has long been driven by a very simple question: how do we keep hope alive? Miyazaki has investigated the question ethnographically in several different field sites: Suva, Fiji, Tokyo, Nagasaki and Rochester, N.Y.

Miyazaki’s first fieldwork project (1994-1996) focused on Suvavou people, descendants of the original landowners of Suva, Fiji's capital. His first book, The Method of Hope: Anthropology, Philosophy, and Fijian Knowledge (Stanford University Press, 2004), is a study of Suvavou people's long-standing hope to regain their ancestral land. In that book, drawing on extensive archival and field research, Miyazaki examines how Suvavou people have kept hope alive over the last hundred years. His analysis draws attention to the capacity of Suvavou people to create hopeful moments across different facets of their life ranging from petitions to the government to gift-giving rituals, Christian church services and business activities. The book is also a critical assessment of well-known philosophical texts on hope such as Ernst Bloch's book, The Principle of Hope, and represents an effort to carve out a space for a new kind of anthropological engagement with philosophy.

Miyazaki’s second fieldwork project (1998-2013) focused on a team of Japanese derivatives traders at a major Japanese securities firm. The focus of this project was on these traders' career changes in the midst of Japan's economic slump. In his second book entitled Arbitraging Japan: Dreams of Capitalism at the End of Finance, Miyazaki examines these traders' hopeful (and sometimes utopian) visions animating their daily trading and life decisions. In particular, he investigates how these traders have sought to extend economic assumptions such as the efficient market hypothesis, trading strategies such as arbitrage and tools of trade such as the Excel spread sheet program to facets of life beyond the market narrowly defined. The aim of this investigation is to explore the extent to which theories and techniques of finance have served these Japanese traders as an intellectual resource for developing critiques of capitalism and expanded visions of humanity. Underlying this project is a view of traders and other financial market experts as thinking subjects engaged in dialogue with various intellectual traditions.

Miyazaki’s third ethnographic project (2017- ) focuses on the history of citizen diplomacy and inter-municipal cooperation for peace in Japan and the U.S. Miyazaki is currently completing a book about a variety of forms of peace activism in Nagasaki. The book examines a broad range of Nagasaki-based efforts to promote a vision of a world without nuclear weapons, from friendship doll exchange to the Kids Guernica peace mural project, atomic bomb literature, the Catholic Church’s peacebuilding programs, and the city mayor’s diplomatic efforts.

In all of these projects, Miyazaki’s ultimate goal has been to construct an ethnographically informed theory of hope that is also hopeful.

2017 The Economy of Hope. Co-edited with Richard Swedberg. Philadelphia: University of Pennsylvania Press).

2013 Arbitraging Japan: Dreams of Capitalism at the End of Finance. Berkeley: University of California Press.

2009 Kibo toiu hoho (my own translation of The Method of Hope: Anthropology, Philosophy, and Fijian Knowledge, with a new preface). Tokyo: Ibun-sha.

2021 “A Call for Transnational Citizen-Expert Engagement in Nuclear Compensation” (with Annelise Riles). Bulletin of the Atomic Scientists, March 11, 2021 (https://thebulletin.org/2021/03/a-call-for-transnational-citizen-expert-engagement-in-nuclear-compensation/).

2020 “Artifact of Hope: The Journey of a Cross across the Pacific.” Berkley Forum (Berkley Center for Religion, Peace and World Affairs, Georgetown University), May 8th, 2020 (https://berkleycenter.georgetown.edu/posts/artifact-of-hope-the-journey-of-a-cross-across-the-pacific).

2020 “Kakkinjoyaku hijun wo motomeru Beikoku nai no ugoki” [Calls on the Federal Government to sign the U.N. Treaty on the Prohibition of Nulcear Weapons in the U.S.]. Nagasaki Shimbun, February 24, 2020.

2017 “Lessons We Can Learn from an Exchange of Dolls” (Op-Ed column) Japan Times, February 8, 2017 (https://www.japantimes.co.jp/opinion/2017/02/08/commentary/japan-commentary/lessons-can-learn-exchange-dolls).

2017 “Obama’s Hope: An Economy of Belief and Substance.” In The Economy of Hope. Co-edited with Richard Swedberg. Pp. 172-189. Philadelphia: University of Pennsylvania Press.

2016 “Hope in the Crack of the Social: Reading the Book of Job in Post-Fukushima Japan.” In Hope. Ingolf U. Dalferth and Marlene A. Block, eds. Tübingen, Germany: Mohr Siebeck.

2012 “The End of Finance?” (as part of “Theorizing the Contemporary: Finance”). Cultural Anthropology Virtual Issue.

2010 “The Temporality of No Hope.” In Ethnographies of Neoliberalism. Carol Greenhouse, ed. Pp. 238-250. Philadelphia: University of Pennsylvania Press.

2007 “Arbitraging Faith and Reason” (Commentary on Jane Guyer, “Prophecy and the Near Future: Thoughts on Macroeconomic, Evangelical and Punctuated Time”). American Ethnologist 34(3): 430-432.

2005 “Keeping Hope Alive in Anthropological Research” (essay contribution to a discussion forum entitled “The Research Object and the Subjectivity of the Researcher”). Forum for Anthropology and Culture (Peter the Great Museum of Anthropology and Ethnography [Kunstkamera], Russian Academy of Sciences) 2: 51-55 [The Russian version published in Antropologicheskii forum 2 (June 2005)]