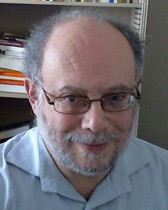 Robert Launay is a social/cultural anthropologist trained in the United States, England, and France. He has conducted extensive field work in West Africa (specifically in Côte d’Ivoire) with Muslim minorities historically specializing in trade. His first book, Traders without Trade (Cambridge University Press), focused on how this minority was able to adapt to its loss over its former trade monopoly. His second book, Beyond the Stream: Islam and Society in a West African Town (University of California Press), which won the Amaury Talbot Prize for best African ethnography in England in 1992, dealt specifically with religious change and controversy. He has recently edited a volume on Islamic Education in Africa: Writing Boards and Blackboards (Indiana University Press, in press).

After years of teaching the history of anthropology to undergraduates and graduates alike in the department, he has begun research on the history of the discipline, publishing several articles on the history of ethnography in Africa (particularly in French) and, more extensively, on the ‘prehistory’ of the field. His recently publishd book, Savages, Despots, and Romans: The Urge to Compare and the Origins of Anthropology, traces the ways in which “modern Europeans” came to define themselves with reference to non-moderns (ancient Greeks and Romans in particular) and non-Europeans from the fourteenth to the eighteenth centuries. He has edited an anthology of early sources in anthropology, Foundations of Anthropological Theory: From classical antiquity to the eighteenth century (Wiley/Blackwell 2010)

Most recently, he has begun a project on French foodways in the Midwest, in collaboration with Aurelien Mauxion, a graduate of the program who wrote his dissertation under his supervision. The project takes as its starting point the fact that the Midwest was colonized by France before it became part of the United States. They are looking at how early French settlers adapted to specifically American foods and environments, and how contemporary descendants of French settlers express their identities in terms of what they cook and eat.

In Spring 2018, Prof. Launay spoke at the School of Oriental and African Studies in London, the Université Libre de Bruxelles in Brussels, the Fondazione per le Scienze Religiose Giovanni  XXIII in Bologna, the Ecole des Hautes Etudes en Sciences Sociales in Paris, and the Universities of Bayreuth and Gottingen in Germany.

Savages, Despots and Romans: The urge to compare and the origins of anthropology, 2018