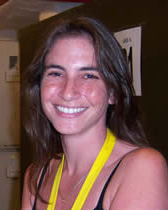 Erin B. Waxenbaum is a physical anthropologist with training in forensics who focuses on human variation. Her current research projects include:

Waxenbaum’s background in forensic applications of anthropology stems from four years of training at the C. A. Pound Human Identification Lab at the University of Florida during her graduate tenure. She is continuing to build upon that experience as a Visiting Scientist in Forensic Anthropology at the New York City Medical Examiner’s Office (September 2008) and presently as the Chief Forensic Anthropologist for the DuPage County Coroner’s Office.

A substantial portion of Waxenbaum’s data collection and funding thus far has come from the Smithsonian Institution’s National Museum of Natural History where she has spent ample time conducting research since 2001. These projects include a majority of Waxenbaum’s dissertation data collection on variation in Native North American growth and development and have expanded to projects including those looking into variation in the human knee and the contentious metric analysis of the tibia.

As a Research Associate at Chicago’s Field Museum of Natural History Waxenbaum collaborates with undergraduate and graduate students on a repatriation project consisting of analyzing and cataloguing Native American human remains in accordance with NAGPRA guidelines.

Waxenbaum EB, Hunt DR, Falsetti AB. 2010. Intercondylar eminences and their effect on the maximum length measure of the tibia. Journal of Forensic Sciences 55(1):145-148.

Waxenbaum EB, Linney K. 2011. The condyle connection: forensic implications for the association between the condyles of the femur and tibia. Proceedings of the 63rd Annual Meeting of Academy of Forensic Sciences.

Waxenbaum EB, Hunt DR, Falsetti AB. 2006. To measure or not to measure: An analysis of maximum length of the tibia. Proceedings of the 58th Annual Meeting of American Academy of Forensic Sciences; February 20-25; Seattle, WA. p. 305-6.

Waxenbaum EB. 2005. An analysis of a ‘royal’ cemetery: How can status be assessed? Proceedings of the 69th Annual Meeting of the Society for American Archaeology; April 1; Salt Lake City, UT.