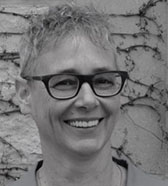 I am a cultural anthropologist who writes about indigeneity in the Americas, with a focus on Andean South America (Peru, Ecuador and Bolivia). My writing currently engages new materialisms, decoloniality, and temporality, as well as [trans]gender, sexualities, and ontologies of the nonhuman; I also teach about race and racism, Latin America, and ethnographic methods and writing.

Throughout my career, I have pushed the boundaries of ethnography through a consistent engagement with materiality and the nonhuman.  My earliest work explored issues of gender, race and class through an ethnography of food and cooking. My best-known work, Cholas and Pishtacos, took on the intersection of race and sex in jokes, stories and novels -- and in objects like postcards and hats.  My current work concerns the ontologies and temporalities of ancient Pre-Columbian objects in twenty-first century places including museums and World Heritage sites, as well as in a proliferation of online avatars.  This work also engages the queerly nonhuman: some of these objects are small ceramic sculptures of humans and nonhumans having sex; others are large stone monoliths of monstrous multispecies hybrids.

Queer feminism is a hallmark of my work. One recurrent theme is gender non-normativity: masculine mothers in Cholas and Pishtacos (and several articles); trans visibility in my “Queer rampage through prehistory”, which was first published in Susan Stryker’s landmark Transgender Studies Reader and has since found an online following. Another theme is queer reproduction: “Making Kin” (on adoption and fostering) was published in AE; “Moche Sex Pots: Reproduction and Temporality” (on redefining reproductive sex) was published in AA.  Both have been widely used in classroom teaching, and a study by the AAA found the latter to be the second-most-downloaded article ever published in AA.  I am currently working on a third article in this vein. That article, provisionally entitled “Making Babies with People and Things”, emerges from a larger project on the “Moche Sex Pots” -- a corpus of sexually explicit sculptures from first-millenium Peru. This book will make an important intervention into sexuality studies, where the ancient Greeks and Romans remain canonical, and important bodies of non-Western art like the Moche ceramics remain almost unknown.

It is also an exploration of decolonial and new materialist theory.  Rather than treating the sex pots as representations of human bodies, I write about them as actual bodies engaged in physical, phenomenological and metaphorical interactions with other bodies and substances -- human and non-human, living and dead, fleshly and mineral -- including animate mountains and mobile bodies of water. This is an optimistic project that addresses questions of indigeneity and temporality. Indigenous political movements are mobilizing the pre-European past to envision a decolonized future, making Pre-Columbian objects like the Moche sex pots or the archaeological site of Tiwanaku an increasingly vital presence. As an ethnographer, I am mindful of Conquergoods’s injunction to be a ‘collaborative co-witness’ in the unfolding debates among indigenous intellectuals and activists over whether to envision Andean future/pasts as ungendered or multiply gendered. The material presence of ancient, gender-ambiguous bodies has much to contribute to these debates, but as I found in my archival research on the twentieth century, the pots tend to be ‘obstinate objects’ that resist our desire to insert them too neatly into contemporary narratives.

Cuni Raya Superhero: Ontologies of Water on Peru’s North Coast. To appear in the volume Place, Landscape, and Power in the Ancient Andes. Edward Swenson and Justin Jennings, eds.

Encounters with Dragons: The Stones of Chavín. RES: Journal of Anthropology and Aesthetics 65-66: 37-53.

Many Heads Are Better than One: Mortuary Practice and Ceramic Heads in Ancient Moche Society.  In Living with the Dead in the Andes.  Izumi Shimada, ed.  University of Arizona Press. 76-100.

Towards a Transgender Archaeology: A Queer Rampage Through Prehistory. In The Transgender Studies Reader, Vol. 2. Susan Stryker and Aren Aizura, editors. Routledge. 319-334.

Editor, special issue of the Bulletin of Latin American Research on Race in the Andes, Vol. 17(2).

Interdisciplinary: Being Animal, Being Human.